The Individual Mandate stays, but what about Medicaid? Insights for Virginia Changes in Family Net Worth, 2001-2010

Student loans and social benefits are not the worst problem 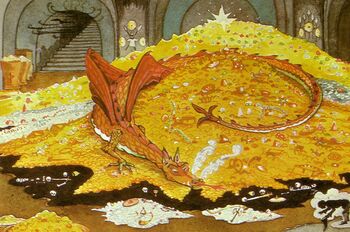 I’m on the opposite end of the labor force spectrum from Dustin — hurtling towards retirement instead of just starting out — but the issue he described in his recent post is important for me too, as it should be for everyone. If young people are not able to gain a strong foothold in society, the long term consequences could be serious both for them and for the rest of us who depend on a strong young workforce. Hoarding social benefits the way Smaug hoarded gold is unlikely to work any better for us than it did for him.

Dustin’s post focused on the issue of student loans and social transfers, but youth unemployment is possibly an even bigger concern. Building a career, just like saving for retirement, is more effective when started early. Youth unemployment has long term consequences for lifetime earnings and job stability. Being cut off from work in their teens and twenties will make it harder for today’s young people to build a strong economy that retired people depend on.

Unfortunately youth are more likely to be unemployed than any other age group. The national unemployment rate this month is 8.2 percent. For those in their early twenties it’s 50 percent more and for teens it’s triple this rate; twenty five percent of teens who want work can’t find it. Getting more education is one way to compensate for the negative effects of unemployment. Making education more unaffordable will just make this situation worse.