The demographics of declining college enrollment Veterans of Virginia

What race are Hispanics? 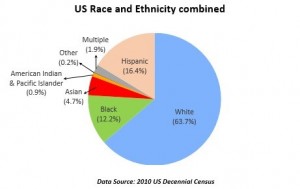 Hispanic is not a race
But behind all the clamor, there is often a lack of understanding about who identifies

as Hispanic and how they fit into the U.S. demographic makeup. Typically, Hispanics are described as the largest minority in the U.S. when compared with other racial groups, as seen in the chart above. But this is actually an “apples versus oranges” comparison; the official definition used for Hispanics is a person from a “Spanish culture or origin regardless of race.” In 2010, most Hispanics identified themselves as white, which would technically make them part of the majority. 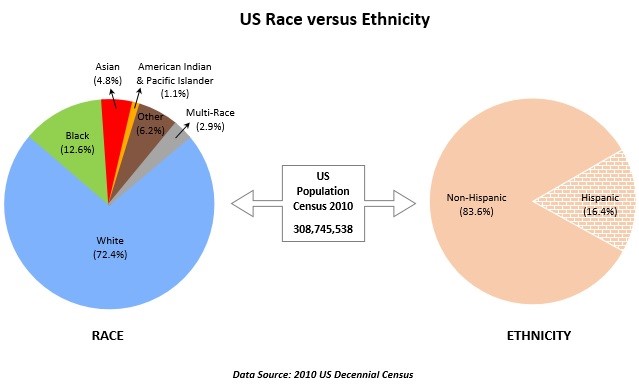 However,  a number of Hispanics also identified as Black, Asian, American Indian or Pacific Islander and over a third of Hispanics, feeling that the current racial classifications used in the U.S. did not identify them, wrote in another race, which resulted in  “some other race” becoming the third largest racial group in the United States. 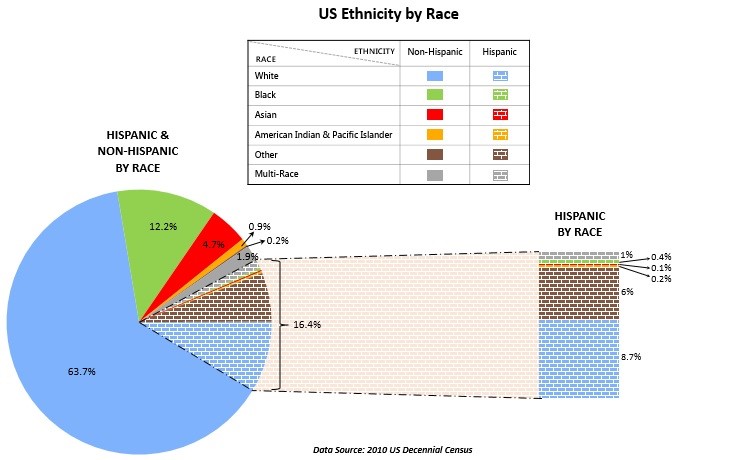 For the Census Bureau, the emergence of a sixth racial group is frustrating. The Census Bureau’s five official racial groups have been in use for much of the Bureau’s history and date back to the 18th century.  Though the scientific theories behind the idea that people belong to different races have been widely discredited, the historic and widespread use of race has given racial classifications a social meaning that makes it necessary for the Census to continue to collect race data.

Why race matters
When the theory of race spread in the early United States, non-whites gradually lost their rights. This culminated in the Dred Scott Decision of 1857 in which the Supreme Court barred anybody who wasn’t white from U.S. citizenship. Blacks received citizenship after the Civil War, but it wasn’t until the Immigration and Nationality Act in 1952 that all non-whites in the U.S. could be certain they had access to citizenship and the rights that came with it. 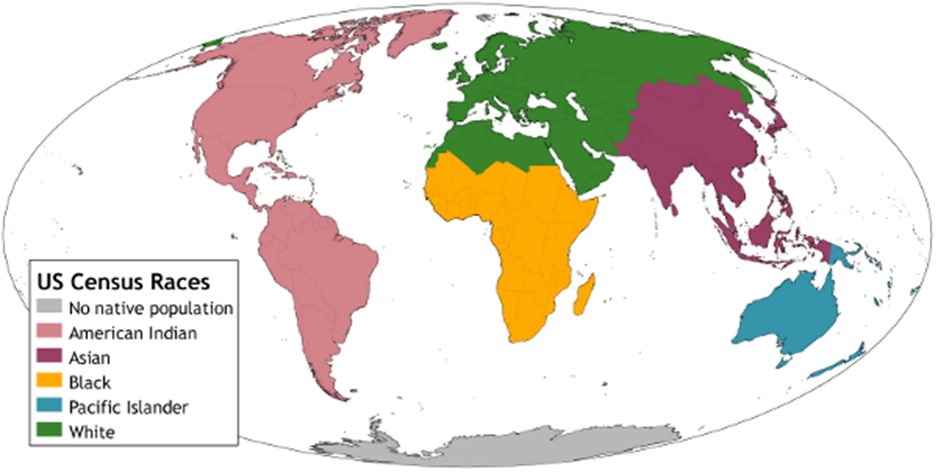 The result was that for much of U.S. history, what race you were categorized in mattered. Hispanics and other ethnic groups, such as Armenians, Lebanese, and Indians, lobbied to be designated as white and not counted separately. While Hispanics were successful in the early 20th century, Indians and a number of other groups were not designated as white.

Today, in a post-civil rights era, many ethnic groups want to be counted separately. In 1970, the Census began collecting data on Hispanics. And since then other ethnic groups, including those originating in the Middle East have also lobbied to be counted separately. In the case of Hispanics, the Census is considering designating Hispanic/Latino as a separate race altogether in 2020 to avoid having so many write in their race again.

What does being Hispanic mean? 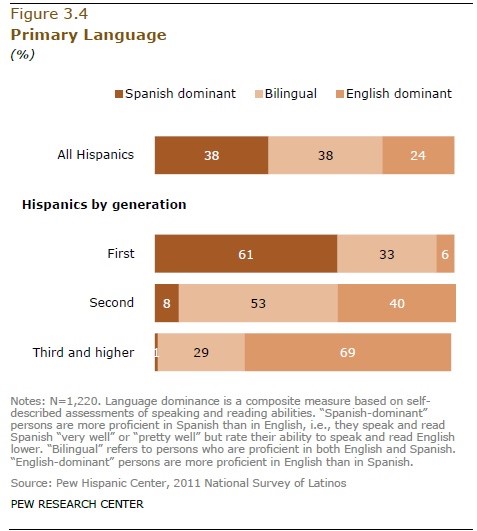 Given that there is no credible science behind the official racial designations, adding Hispanic/Latino as a sixth race to the census makes just as much sense as the current racial groups. But among Hispanics, significant differences exist between the many nationalities with Spanish culture. In the U.S., the generational differences among Hispanics are so large that it is difficult to project what being an Hispanic/Latino American will mean in another generation.

One of the reasons it is hard to categorize Hispanic/Latinos is their geographic distribution—Spanish culture is found in countries on all five of the largest continents. In most of the countries, including Spain and Mexico, Spanish is not the predominant language in large areas of the countries. Likewise, the ethnic composition of countries with Spanish cultures varies considerably—the majority of the population in Chile is descendant from European settlers, while in Bolivia it is from American Indians, and in the Dominican Republic from African slaves.

Hispanic Americans are an even more diverse group. 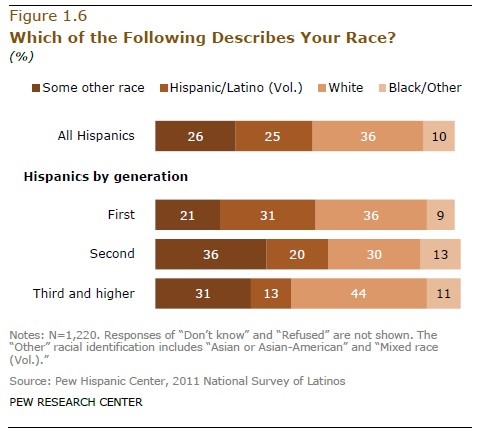 Not only do they come from all over the world, but just a minority of them speak Spanish as their primary language, according to Pew Research Center surveys. Among second and third generation Hispanics, a much smaller percentage speak Spanish as their main language. Similarly, the same survey found little consensus on which race Hispanics identify with, particularly across generations. Another Pew study found that over time, Hispanics living in the U.S. increasingly switched the race they identified with to white.

Just as for immigrants to the United States, what it means to be an Hispanic American will inevitably change from generation to generation. During the period of the Dred Scott Decision, cultural differences between the large and fast growing Irish immigrant population and the native born U.S. population were so large, that many did not identify the Irish as being white.

In time, most Hispanics may also increasingly identify as being white. But the difference between 1857 and today is that then being white or non-white had real consequences; today the distinction means less than it ever has in U.S. history. The significant diversity among Hispanics and other recent immigrants to the United States will inevitably force it to redefine or even abandon the antiquated racial classifications it uses, and the United States will likely be all the better for it.

To read more about race and ethnicity in the U.S. see:Will Whites be a minority by 2040?

or: The new racial dot map