Even more evidence for the new donut How much does the social safety net help?

Where Virginia legislators went to college 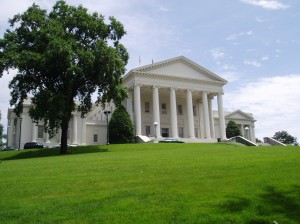 The Washington Post recently published a graphic showing where the 100 U.S. senators went to college. It might be nothing more than an interesting bit of biographical information about our elected officials, but it could also be meaningful. For educated and increasingly mobile Americans, college is often a formative experience and a college’s culture can shape its graduates. It also gives a clue about the regional and class origins of a person. This made me wonder what the makeup of the Virginia General Assembly is, so I collected the data and put it into a series of pie charts that can be seen below. Use the filters to break them down by party and by house.

A little over half of state legislators also attended graduate school (not shown), with most of them getting a law degree. The University of Virginia and University of Richmond dominate among graduate schools. It’s interesting that quite a few delegates who are from out of state and who went to out-of-state undergraduate colleges made their way to Virginia for graduate school and stuck around after.