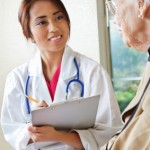 Everyday, medical professionals diagnose and treat cancer patients, clinical researchers look for ways to prevent and cure cancer, and policy makers allocate resources for advancement of cancer programs. With the Commonwealth’s population growing and aging, we, as demographers, attempted to see how many people may be diagnosed with cancer over the next few decades. Earlier this week, the Demographics Research Group released its report on “Projecting Cancer Incidence in Virginia” along with a detailed data set, background methodology, and a set of interactive maps, all of which are available here.

Virginia’s population is growing not only bigger, but, more significantly, older. Since age is an established risk factor for cancer, with the vast majority of cancer diagnoses occurring in people over age 55, we found that new cancer cases would be increasing much faster than the growth of the overall population. The cancer incidence between 2011 and 2020, for example, is expected to grow 26 percent over the prior decade, while population is expected to grow only 10 percent from 2010 to 2020.

The projections are developed along the following dimensions: 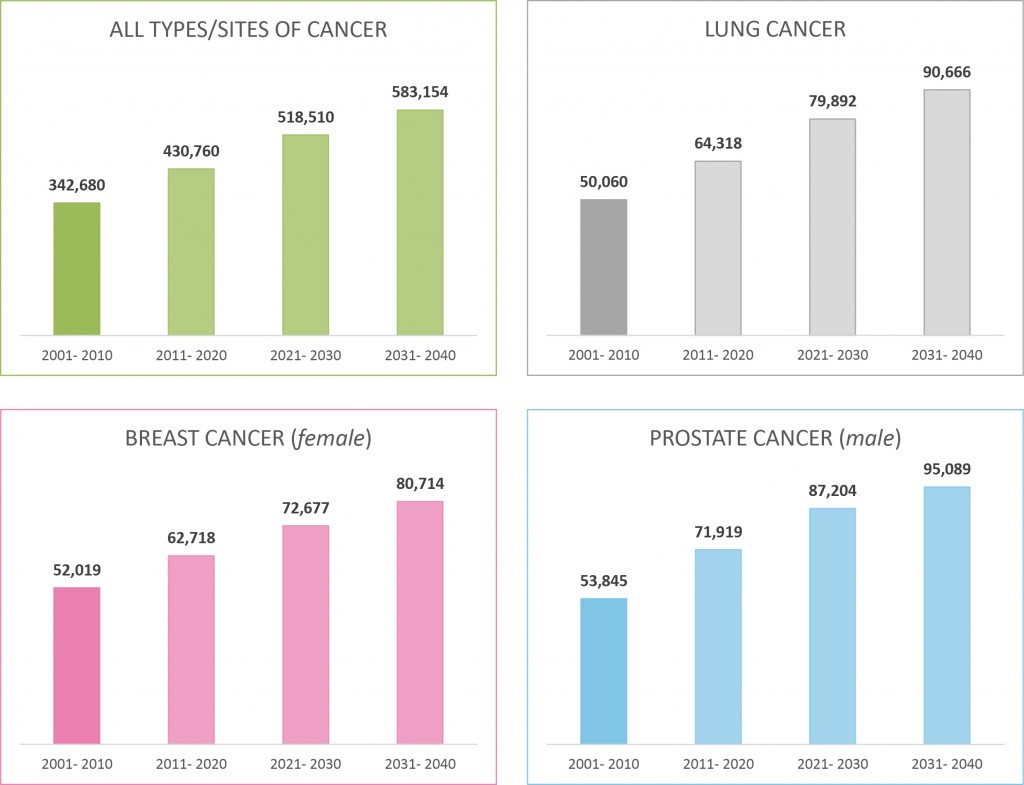 While projections are inherently uncertain, as the future is largely unknown, the projections at large geographic levels (such as state and region) for combined years (over a decade), and for the near future (such as 2020 and 2030) prove to be highly valuable. Cancer projections are useful in anticipating future needs, in planning for the potential impact on our workforce, and in resource allocation at state and local levels. To learn more about our work on cancer projections, explore the website here.