Single-year vs. Multiyear ACS estimates Why are you paid what you’re paid? More on the gender wage gap

Farming in Virginia: Not in it for the money 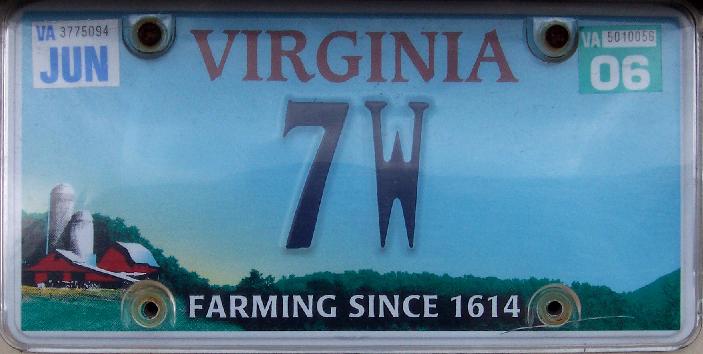 Farming has a semi-mythological status unlike any other industry or occupation. In few places is this more true than Virginia, which was founded on farming and particularly tobacco farming. For much of Virginia’s history, its population was shaped by agriculture. Most early Virginians came to the state as either indentured servants or slaves to work in its tobacco and wheat fields. As recently as 1940, farming was still the largest employer in Virginia, with 180,000 farms taking up two-thirds of the state’s land area.

Today, farming continues to have a significant presence in Virginia. Agriculture is often characterized as Virginia’s “largest industry” and farming is easily the most common use for land in Virginia. But the incredible gains in farm production during the 20th century have made the industry a victim of its own success. Increased yields mean farms can produce more food with far fewer workers and acres. Rising production has also caused considerably lower food prices than in the past, which means farmers need to produce much more to make a living. Modern farmers who are serious about farming are usually forced to go big or go home. 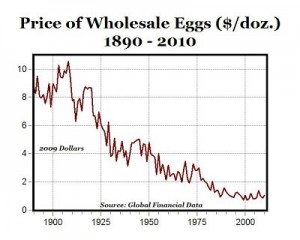 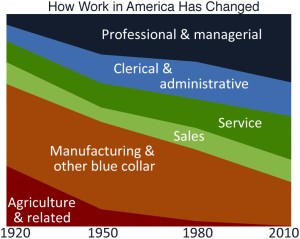 After 1940 many Virginia many farmers went home. The percent of the workforce employed in agriculture declined from 25 in 1940 to less than 1 percent today. Farms that produced much of the country’s food became increasingly concentrated in California or on the Great Plains where production was more efficient. Within Virginia, agricultural production also became increasingly concentrated in a few counties located in the Shenandoah Valley and eastern Virginia.

Though today Virginia still has nearly 46,000 farms (or about 450 farms per county), only a small portion of these farms provide their owners with income. In fact, according to the USDA 2012 Census of Agriculture, over three-quarters of Virginia farmers are losing money. The same survey showed that only about 1650 farmers in Virginia received income exclusively from their farm. 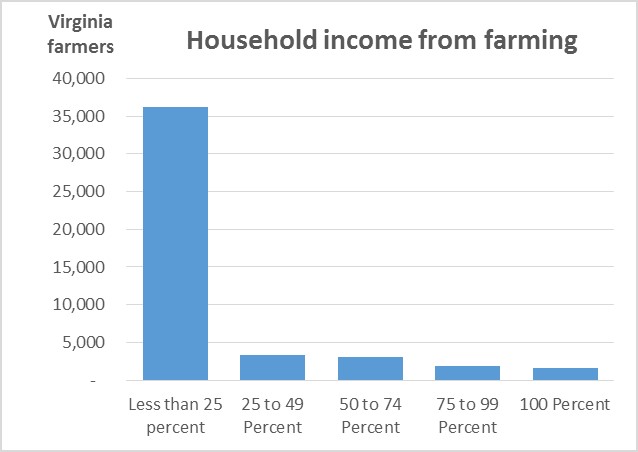 Given how few people in Virginia are making money farming, it’s worth asking why are there still 46,000 farms in Virginia. One reason would be that raising food on your own land can be personally rewarding, even just as a hobby. Perhaps even more importantly, farming provides financial benefits that basic accounting may not capture. Raising several dozen beef cattle or having a couple chicken broiler houses will not earn you a living or pay your mortgage, but the extra 10 or 20 thousand dollars in income they may provide can help subsidize the cost of having a nice property in the countryside. 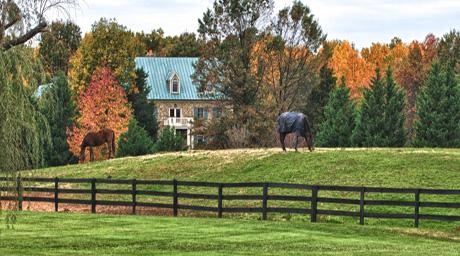 Accounting for the small portion of Virginia farms that provide their owners with a livelihood, most could be called “hobby farms,” but that shouldn’t necessarily diminish their importance. Farming supports many other industries that either supply farms or process farm products before they reach the grocery store. In many rural counties the opportunity to farm or live near one attracts migrants, which in turn helps prevent rural counties’ population from declining (as it typically would if they relied solely on their low birthrates). From a land use perspective, there are few uses for developed land that provide as many benefits as farming does, from flood mitigation and improved water quality to recreation and tourism.

Though agriculture continues to play an important part in Virginia’s economy and culture, its role has changed considerably since 1940. Understanding rural Virginia and the Commonwealth today requires a reexamination of what farming in Virginia looks like.