Most people probably know that the non-English speaking population in the U.S. is increasing. Only last month the Instituto Cervantes announced that the U.S. now has more Spanish speakers than any other country in the world aside from Mexico. This trend is perhaps best illustrated by public school students who are enrolled in English as a second language courses (ESL). In Fairfax County, Virginia’s largest school division, the portion of ESL students rose from 10 percent in 2000 to 29 percent by 2011. 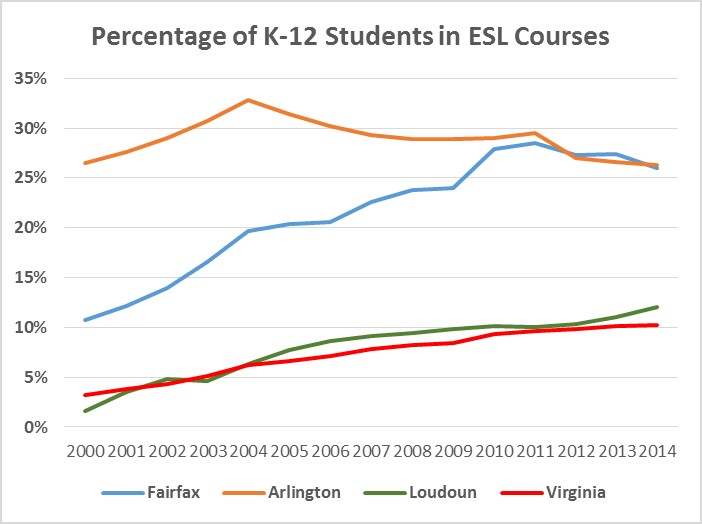 Yet few realize that growth in the number of U.S. residents whose native language is not English has slowed in recent years and, in some places, the number is now declining. In Fairfax County, the percentage of students who needed ESL courses has declined after peaking in 2011 as it has in many other localities with large ESL enrollments, such as Prince William County, Virginia Beach and Harrisonburg. Nationally, the percentage of students enrolled in ESL courses peaked in 2008 and has declined since then as well, most notably in states with a large number of students enrolled in ESL programs, such as California and Texas. Though Virginia has been an exception to national trends, with ESL enrollment still rising, growth statewide has slowed considerably in recent years.

While the slowdown in the growth of the non-English speaking population may be surprising, it is important to remember that its rapid growth in recent decades started from a small base. When John F Kennedy famously declared “We are a nation of immigrants” in 1963, immigration had been so restricted that Ellis Island had closed a decade earlier and the portion of the U.S. population that was foreign born was less than 5 percent. The significant growth in the U.S. non-English speaking population came after Congress loosened immigration rules in 1965. 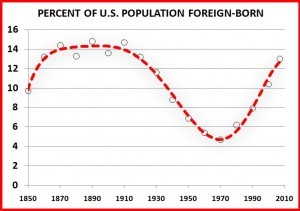 Now that the trend of a fast growing non-English speaking population is 50 years old, it is starting to look tired. Five decades of above average growth is difficult for any population group to maintain, particularly one the size of the U.S. non-English speaking population. After being abnormally small in the 1960s, the U.S. foreign born population has nearly rebounded to its historical size (around 14 percent of the U.S. population) during much of the 19th and early 20th century, so it makes some sense that growth might slow.

Another reason that growth in the U.S. non-English speaking population is slowing is that the origin countries for U.S. immigrants have changed considerably in the past few years. After immigration rules were loosened in 1965, Latin American countries accounted for a large portion of immigrants. But since the mid-2000s, immigration from Latin America has declined, with net-migration from Mexico approaching zero. In contrast, immigration from other areas has risen, with China and India providing the largest number of immigrants in 2013. Census data shows that immigrants from Asia typically are more fluent in English on arrival than immigrants from Latin America and are more likely to eventually speak English at home. In Virginia this means that 1 in 2 Hispanic students need to be enrolled in ESL classes while only 1 in 4 Asian students need to complete ESL classes. 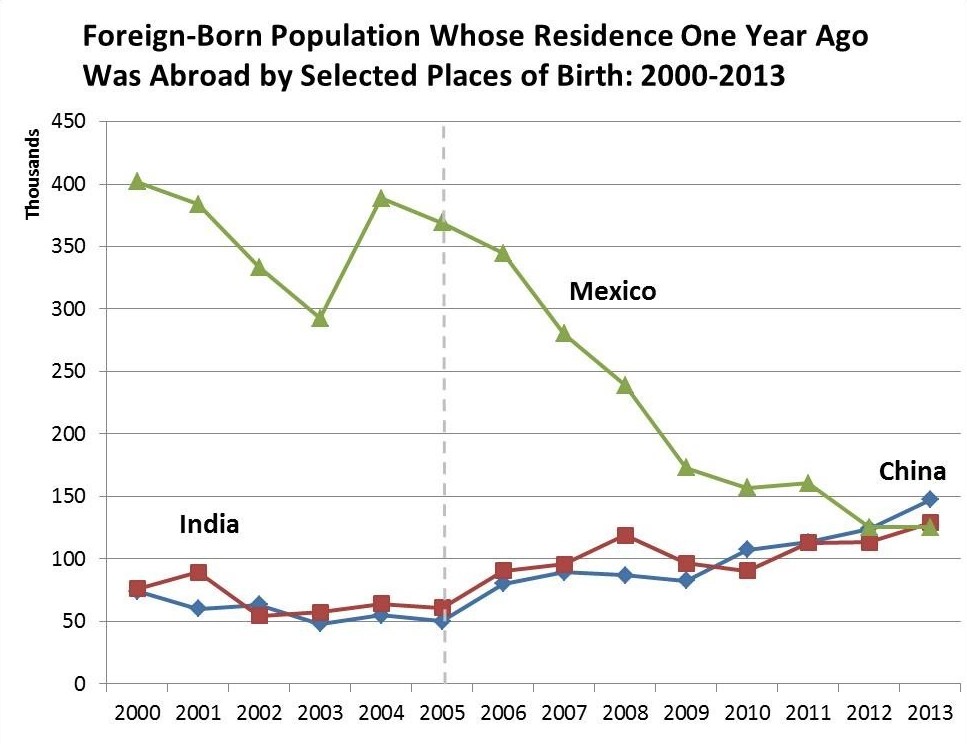