During the last three decades, growth in the U.S. working age population, ages 20 to 65, has easily outpaced total U.S. population growth. But in coming decades further growth in the working-age population is on track to be considerably slower, increasing at less than half the rate of the rest of the population. As the large baby boomer generation leaves the workforce, there will be hardly enough twenty-year-olds entering the workforce to replace them. Meanwhile, as Baby Boomers age, the population over 65 will swell and become the fastest growing age group in the U.S. This shift in the structure of the U.S. population – a relatively small population of 20-year-olds to replenish jobs vacated by a large population of Baby Boomers – will reshape local economies across the country. 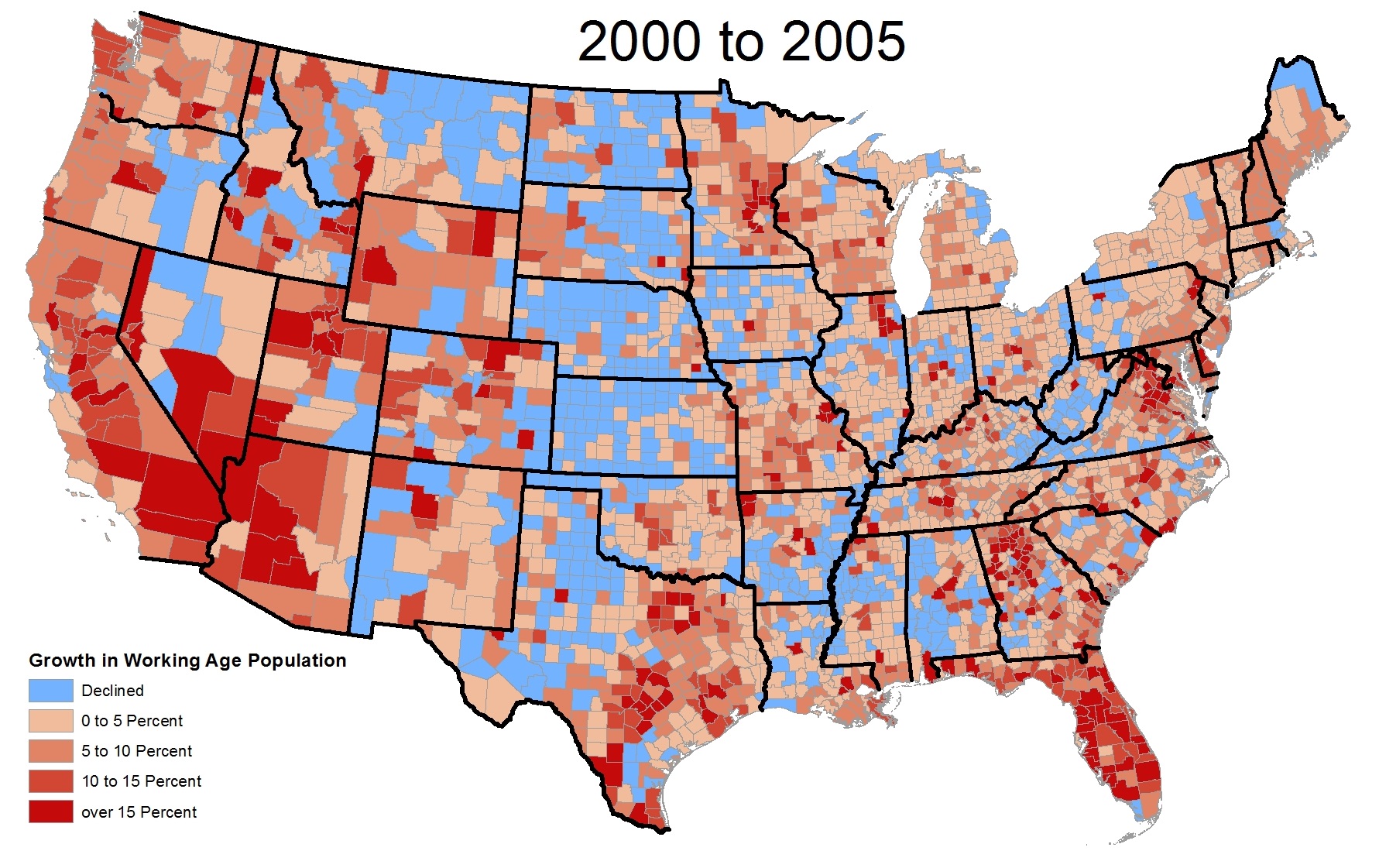 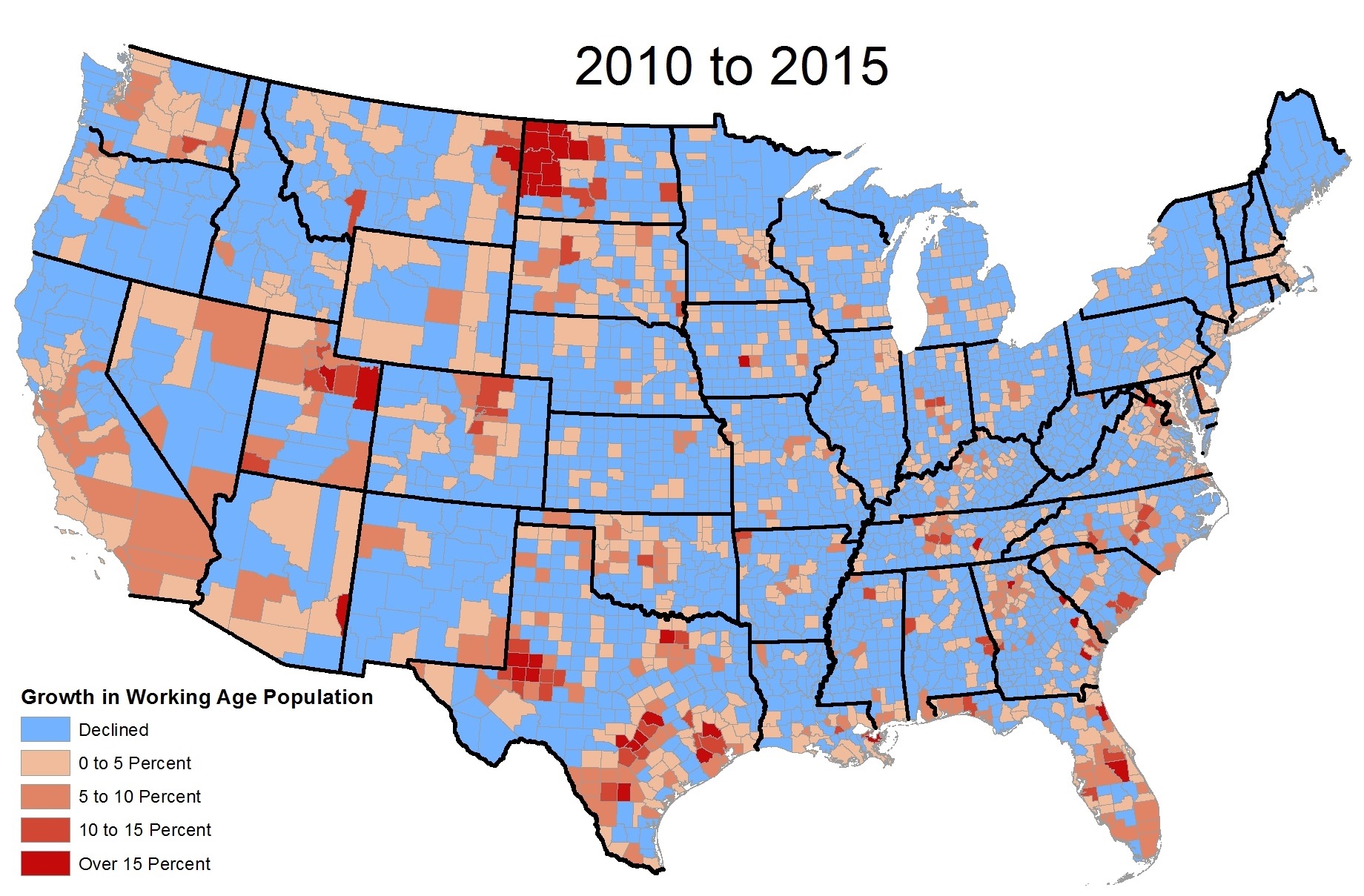 Given that growth in the U.S. working age population is expected to slow further in coming decades, an increasing number of counties and states will have to prepare for declines in their workforce. During much of the past century, rural communities suffered from high unemployment rates as they struggled to employ their large young populations. With shrinking workforces and lower unemployment rates, most rural areas will need to change their focus toward attracting workers rather than just keeping them.

Cities have been the primary beneficiaries of rural communities’ high unemployment rates, expanding their workforces by attracting workers from rural areas. But the decline in the working-age population of cities’ hinterlands will undoubtedly slow the growth of most cities’ workforces.

Coping with the seismic shift in the country’s age structure will force us to reevaluate what indicators we use to gauge the economy’s health. In an economy with a declining workforce, how useful is it know the number of new jobs created? Instead, national and local leaders will need to focus more on the types of jobs being created rather the number. A slow growing or declining labor force will not only change the economy but require us to rethink how we evaluate the economy.