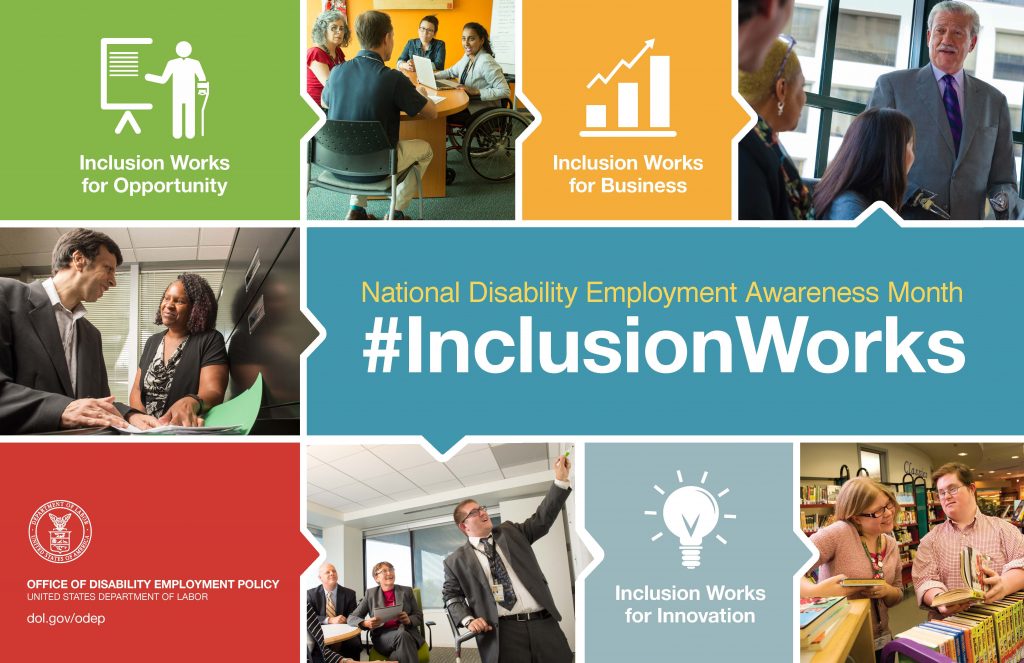 Last month, in observance of National Disability Employment Awareness Month, the U.S. Bureau of Labor Statistics released data reflecting the work contributions of Americans with disabilities and the employment difficulties they may face. This year’s theme “#InclusionWorks” seeks to generate further awareness of workers with disabilities by embracing individual differences and fostering workforce diversity. Nearly 5.2 million people with disabilities were employed across the country in 2015, largely concentrated in management, professional, and related occupations (31.3%). This made me curious about the labor force characteristics of Virginians with disabilities. 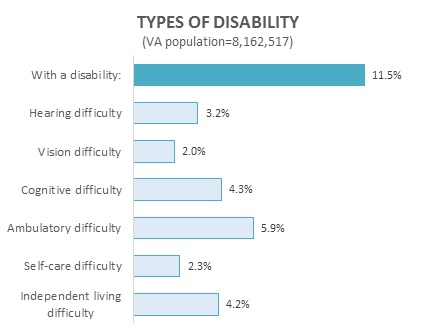 Respondents who reported having any one of the six disability types are considered to have a disability, but because some may report more than one, the numbers do not add up to the total.

The age distribution of those reporting a disability shows that aging is a crucial factor. While those age 65 or older only account for 14% of the total population, they are more than 40% of the people who reported a disability. 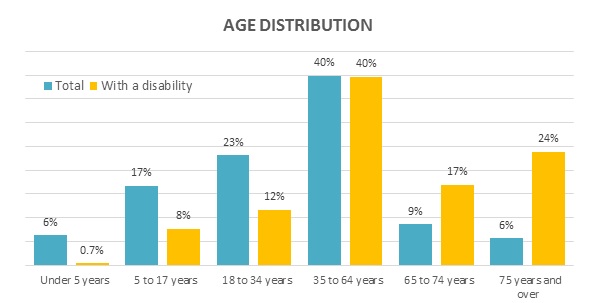 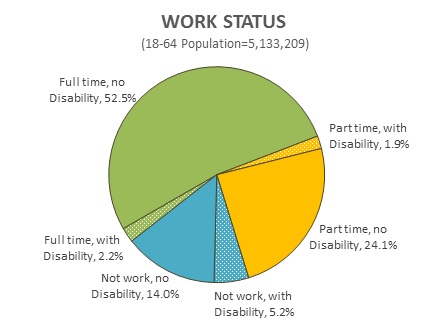 Among those with a disability who worked year round, 115,096 people worked full time, while 98,254 were part-time workers. The employment share for Virginians with a disability is at 25%, which is lower than the statewide 63%, for the population of age 16 or over. BLS suggests this could partially be due to the age profile, as older individuals are less likely to be working, irrespective of their disability status. In a follow-up post, I will try to look at how disability affects a person’s labor market behavior (job opportunities and productivity) and examine the lifetime losses in earning capacity as a result of disability.

Footnote 1: All data is from the 2015 American Community Survey 1-Year Estimates.