Out-migration from Virginia continues for a third year, slowing statewide population growth Health insurance coverage: Who has it and who doesn’t? 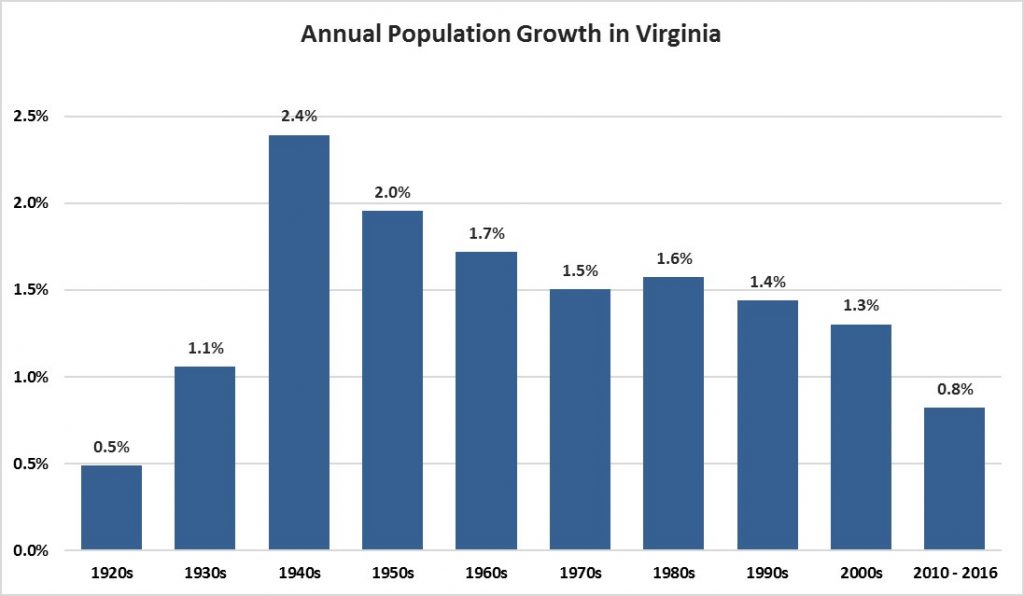 As last week’s post noted, Virginia’s population growth is slowing in large part because many of its residents are leaving the state. The last time Virginia grew at a rate that was slow as the rate it is experiencing now was during the 1920s, which was also the last time many Virginians were leaving the commonwealth for other states. 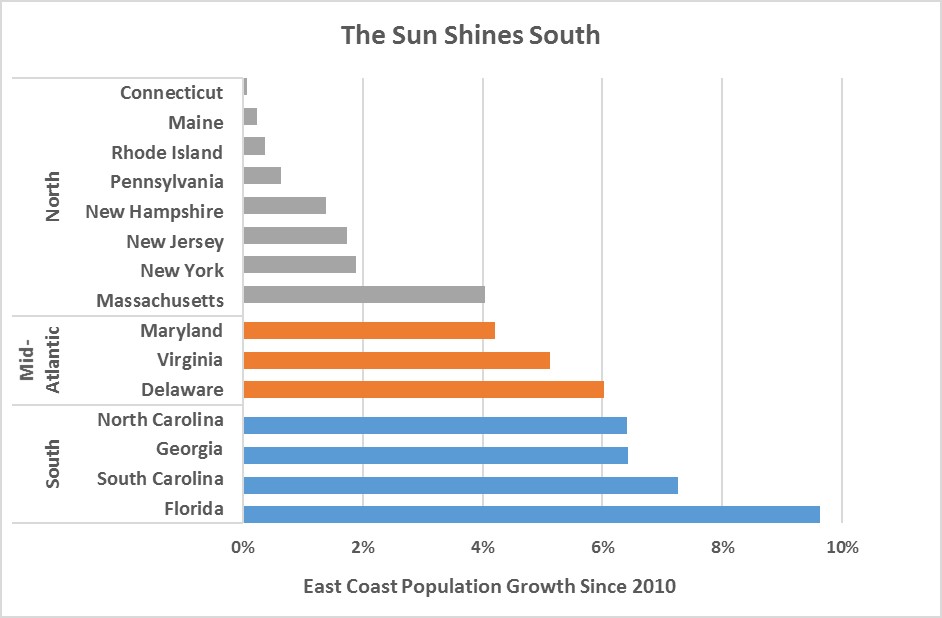 This decade, population growth across Virginia has been more concentrated in its largest urban areas. Since 2010, the share of Virginia’s total population growth in the three largest metro areas in Virginia- Northern Virginia, Richmond and Hampton Roads – rose to 93 percent, up from 81 percent between 2000 and 2006. Similarly, in this decade only 9 of Virginia’s 95 counties have grown by more than 1 percent annually, while 43 counties grew more than 1 percent annually during the same period of the last decade.

Outside Virginia’s largest metro areas, the slowdown in population growth has increasingly turned into population decline, with 45, mostly rural, Virginia counties declining in population since 2010. Fewer people, particularly families moving into rural Virginia communities in recent years have helped slow growth. An aging population has also resulted in more deaths in rural communities and fewer births. Since 2011, Virginia has had more deaths than births outside its three largest metro areas. On the longer term, an aging population will likely further slow population growth across Virginia. Just in the past eight years, the difference between the number of births and deaths in Virginia shrunk by a quarter or 12,000 individuals.

While slowing population growth has been a predominant demographic trend in Virginia so far this decade, Virginia’s cities have often been an exception, with most cities growing faster this decade than during the last. As the chart above shows, in nearly every Virginia region, cities have contributed to a larger share of population growth so far this decade. Not only have many of Virginia’s large cities experienced a resurgence in population growth, such as Richmond and Roanoke, but also many smaller Virginia cities, including Falls Church and Charlottesville. In many Virginia cities, birth rates and student enrollment have also grown since 2010, suggesting that the rise in their populations has been fueled in large part by more families staying in cities to raise their children.

While population growth continues or accelerates in most of Virginia’s urban areas, much of rural Virginia will likely continue to experience slow population growth or decline during this decade. Developing effective statewide and regional policies that account for the polarization in Virginia’s demographic trends will likely only become more difficult.