Out-migration from Virginia continues for a fourth consecutive year What is the biggest demographic trend in Virginia?

Recently, the Cooper Center’s Demographics Research Group (on behalf of Virginia’s Office of Career, Technical, and Adult Education) collected feedback about the workplace readiness skills of entry-level workers from nearly 400 Virginia employers and workforce professionals. One of the comments most frequently made by the survey respondents was that young, entry-level workers need more hands-on/real-life work experience to prepare them for the demands of the workplace. Youth labor force participation has recently been declining, however, which means that a larger share of this age group is postponing their obtainment of the valuable work experience that employers desire. 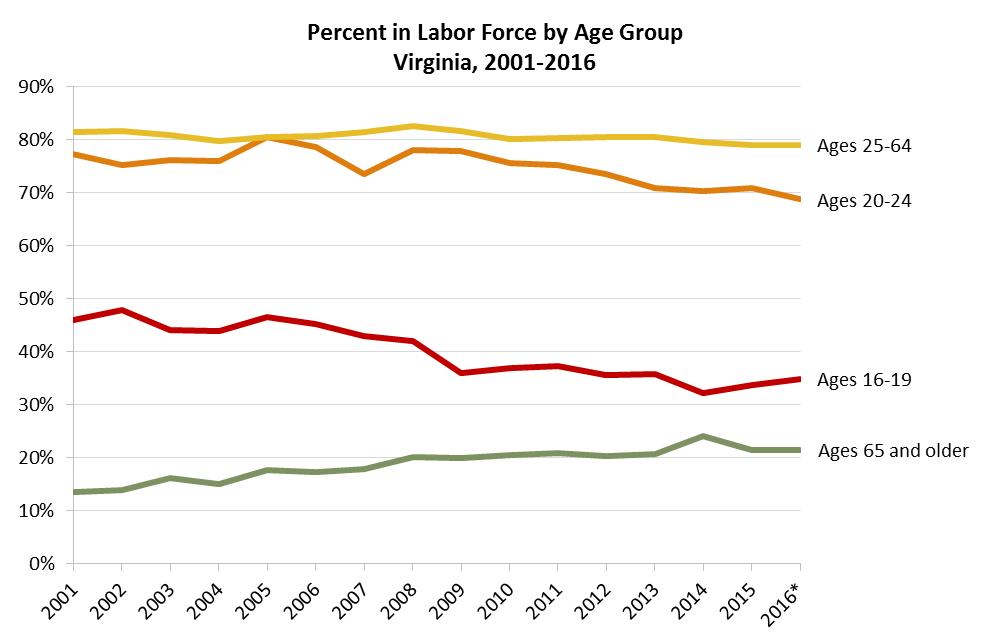 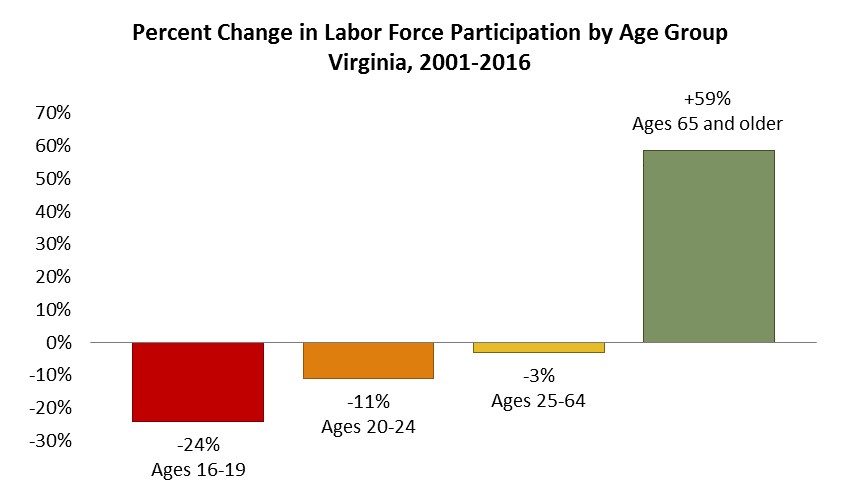 So what else might be causing the recent decline in labor force participation among youth? According to one recent Bureau of Labor Statistics report, it has not only been the increasing rate of school enrollment that has precipitated a decline in youth labor force participation, but also an increasing prioritization of the value of education in enhancing a youth’s life prospects. A greater proportion of teens are now choosing not to work in order to dedicate more of their time to school studies and to non-work-related extracurricular activities, perhaps to gain a competitive advantage in admission to postsecondary educational programs.

While it’s promising that a higher percentage of youth are now enrolled in school and enriching their lives with education, employers still seek and value entry-level workers who have honed their workplace readiness skills through hands-on work experience. With an increasing proportion of youth opting to attend school and to postpone entry into the workforce, school-based workplace readiness preparation like Virginia’s Workplace Readiness Skills program—incorporated into the curriculum of every Career and Technical Education course in the state—will and should become an even more essential element of every young person’s education in the future. In the absence of hands-on experience in the workplace, young people must also take individual responsibility for finding ways to incorporate and develop workplace readiness skills in the non-work-related activities in which they participate.