Inside the Income Gap for some Black Virginians 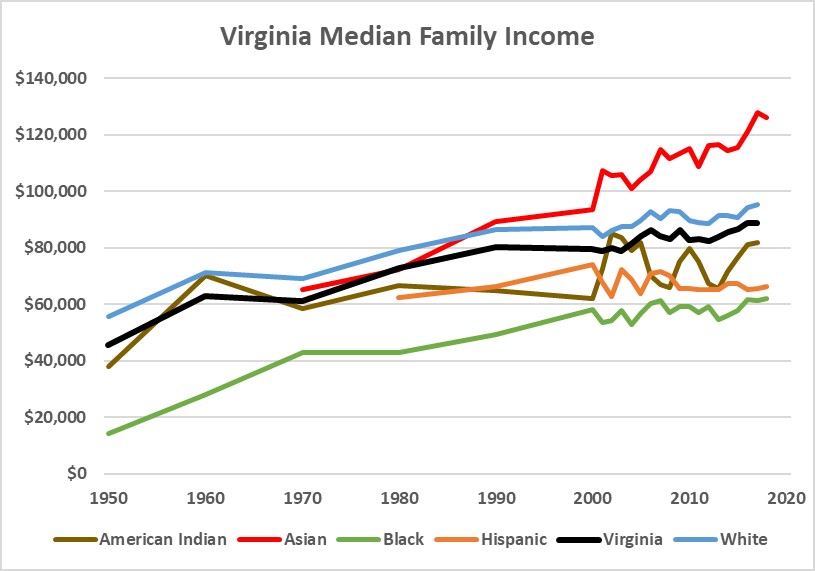 Source: Census Public Use Micro Data, in 2018 dollars. Data for Asian and Hispanic families were not published in every decade.

The income gap is considerably smaller for Black immigrant families in Virginia than U.S. born Black families. Among the 10 percent of Black Virginians who are immigrants, the median family income is 11 percent lower than Virginia’s median family income. The fact that Black immigrants typically earn more than native-born Black families is unusual. Among other racial/ethnic groups, immigrants typically earn less than those born in the U.S., in part because immigrants on average have lower levels of formal education. For example, the median household income for Hispanic immigrant families in Virginia is nearly as low as native Black Virginia families, but the median income for U.S. born Hispanic families is only 10 percent lower than Virginia’s median family income, in part because second generation Hispanics have higher educational attainment rates than their parents and as a result earn more. Similarly, Black immigrants in Virginia on average have educational attainment levels closer to Virginia as a whole than U.S born Black Virginians. 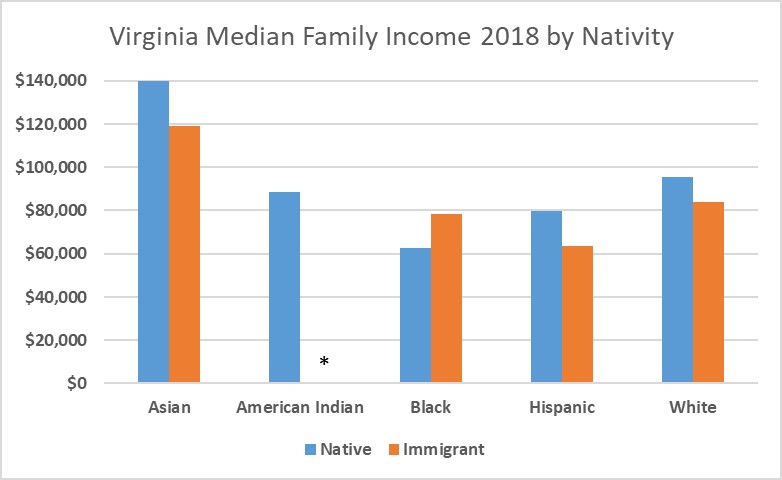 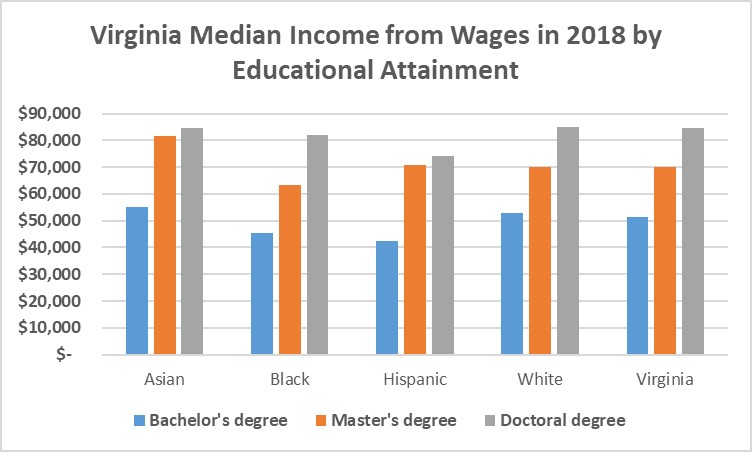 Source: Public Use Micro Data from 2018 Census American Community Survey. The data in the chart is for individuals’ wages, while the two previous charts contain total income data for families. Virginia’s American Indian population is too small to included in the chart without a significant margin of error. 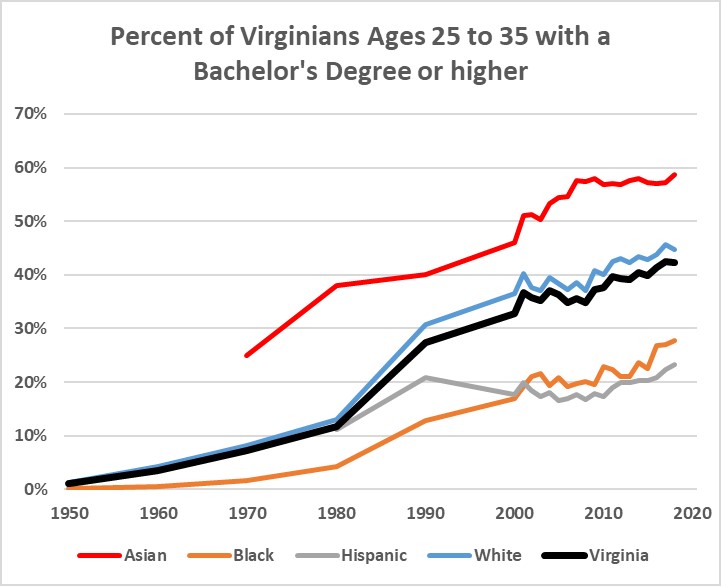 Source: Census Public Use Micro Data. Virginia’s American Indian population is too small to included in the chart without a significant margin of error. The share of Hispanic Virginians between 25 and 35 with a bachelor’s degree declined between 1990 and 2010 due to immigration.

By a cruel irony, just as many institutional restraints that helped maintain the income gap in Virginia decreased in the late 1960s, wages became increasingly based on education to which Black Virginians historically had less access. Given that parents’ and grandparents’ educational attainment is one of the best determinants of their children and grandchildren’s educational attainment, Virginia’s education and income gaps may take a long time to close. Yet it is worth remembering that just between 1950 and 1970, Virginia’s income gap shrunk by third, despite Jim Crow Era barriers remaining in place during much of the period.