Why are so many Asian Americans unemployed during the COVID-19 pandemic? Who Practices What Religion Where in Virginia?

How accurate are our 50-State population projections? 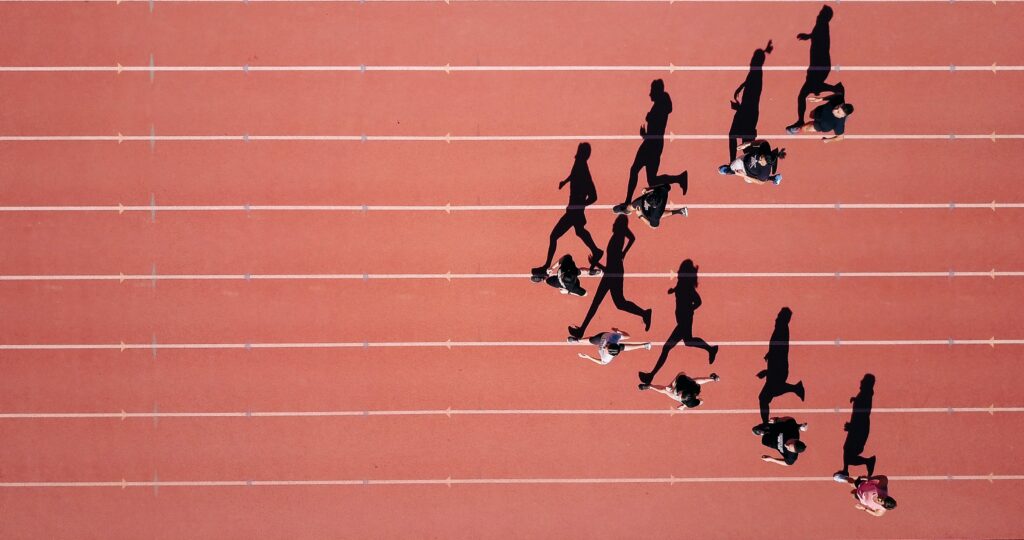 Whenever a prediction, forecast, or projection for the future is made, the natural question that arises is “how good is it?” After our office prepared population projections for the 50 states and D.C., we’ve been eagerly awaiting the 2020 Census results so we can answer this question for ourselves.

The answer: the accuracy of our projections is very good!

While the newly released 2020 Census count provides a once-in-a-decade snapshot of the current size of the population, it also allows us to evaluate the precision of the population projections our office produced for the nation as a whole and for all 50 states by comparing it to the actual Census head count.

In the 2010s, as the U.S. Census Bureau stopped producing state-level population projections, our office began to develop projections for 2020, 2030, and 2040 for each state and Washington D.C.  We decided to fill this void because many federal agencies, state governments, businesses, and non-profits rely on a consistent set of state-by-state projections for their planning and research needs. Our projections, for example, were used by the Centers for Disease Control and Prevention, U.S. Environmental Protection Agency, and National Park Service to better plan for the future of cardiovascular disease cases, climate change, and park visitors respectively, to name a few. Figure 3 (at the end of the article) lists a selected compilation of how our projections were used.

With the release of the 2020 Census results in April this year, we evaluated our projections for the 50 states and Washington, D.C. The key findings are summarized below, as well as illustrated in Figure 1. 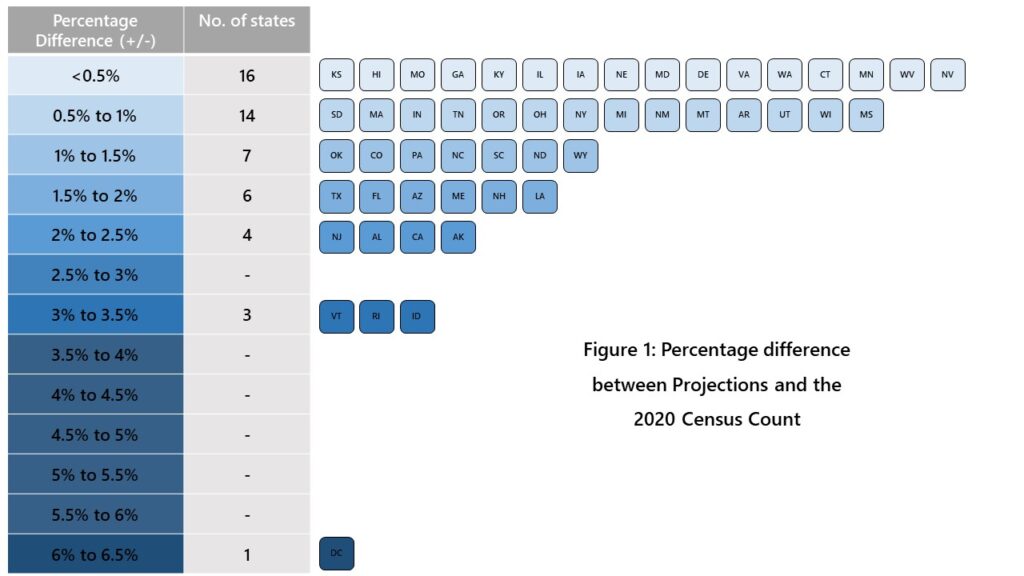 It is interesting to note that we over-projected the most southern and western states and under- projected New England and the Midwest states. The fast growing sun-belt region did not grow as fast as anticipated, and the slower growth states in the northeast and Midwest were not as slow either.

For our home state of Virginia, the 2020 projection was very close – only 0.27% higher than the Census count. 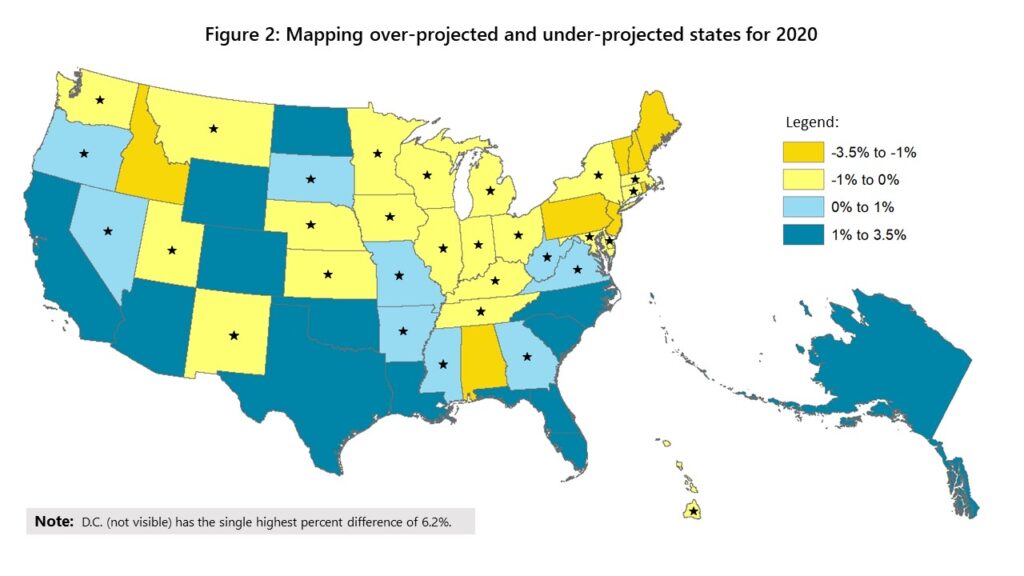 While we take pride in the accuracy of our national and state-level projections, the “crystal ball” we use—methodology, input data, and assumptions—is actually quite simple. Some lessons we learned through our projections development are: