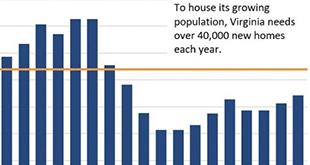 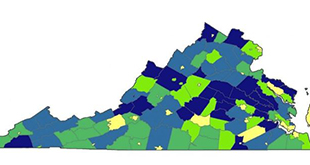 Where are the vacation homes in Virginia?
Nationwide, nearly 60 percent of all vacant seasonal or recreational homes are located in rural counties[1]. In Virginia, this statistic is around 51 percent with a high share of vacation homes located along the eastern shore, along the Blue Ridge and Valley, and in Southside along the North Carolina border.

Where do children in affordable housing go to school? (part II)
A series of two posts narrow in on the reality Virginia that most kids who who grow up in subsidized housing are more likely to live near low-performing schools. This second post explores (1) where subsidized housing is located in Virginia and (2) how this relates to school quality.

Where do children in affordable housing go to school? (part I)
A series of two posts narrow in on the reality Virginia that most kids who who grow up in subsidized housing are more likely to live near low-performing schools. This first post gives a statewide overview at the neighborhood level of both (1) school quality as measured by the HUD school proficiency index and (2) housing cost as measured by median housing value.

Affordable housing is more scarce now than during the housing bubble
Though household incomes in Virginia have been increasing since the end of the recession and currently are at an all-time high, the median rent in Virginia has risen three times as quickly as income over the past ten years.

Exploring homeownership among young Virginians
Young adults, defined here as those age 15 to 34, had a homeownership rate increase of 1.6 percent between 2016 and 2017, reaching 34.8 percent.

The decline of families could mean a change in housing demand
With the decrease in the number of nuclear families and the increase in those living alone (or with a roommate), the demand for smaller homes or rental properties, including apartments, has strengthened.

As families decline, living alone is now the most common type of household
The actual number of households with two spouses and children was smaller in 2014 than in 1980, despite the total U.S. population growing by over 40 percent during the period.

Home Construction: Running to Stand Still
Even as home construction steadily recovers, the number of permits issued for new construction remains well below the number needed annually to house Virginia’s growing population, only adding further to the housing deficit.

Home Building: Now for something completely different
Since the recession, the surprising trend has been that home construction in urban areas has not declined to pre-2000 levels, while it has done so in exurban areas.